The foundation was established in 1965 by Léonie Sonning (née Rothberg, 1894-1970), the widow of editor Carl Johan Sonning. As early as 1959, however, before the foundation had officially been established, a music prize had been awarded to the composer Igor Stravinsky. The composer Knudåge Riisager handed over the prize at a concert given by The Royal Danish Orchestra at Tivolis Koncertsal, where Stravinsky conducted his own works. 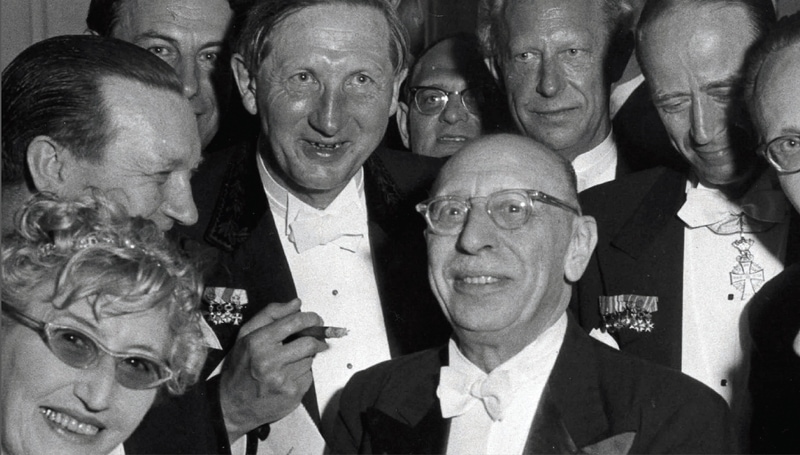 Did you know that Léonie Sonning wanted the Music Prize to be presented on her wedding day.

Where does the money come from?

The music prize and the talent prizes

The charter of the foundation sets out its aim: Each year a mark of distinction is to be awarded to an internationally recognised composer, musician, conductor or singer. This prize amounts at present to €100,000. In addition, the foundation awards talent prizes in order to further the artistic development of young composers, conductors, musicians or singers from Denmark and the other Nordic counties. The prizes cannot be applied for.