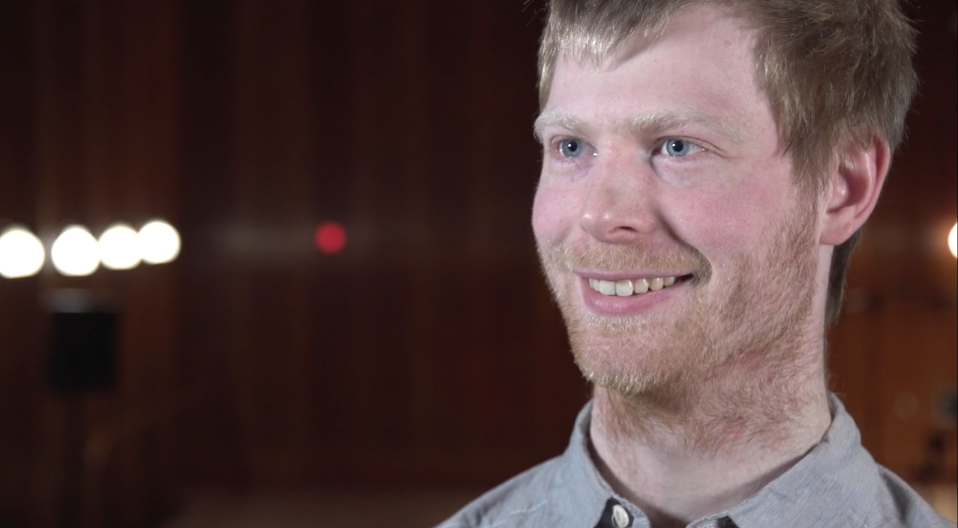 Victor is Swedish, sort of. His parents are Swedish, but he was born and raised in Denmark. Oddly enough, his mother’s family was originally Danish and emigrated to Sweden. They have kept the name Sørensen, which is spelled with an ö in Sweden. Both his parents are musicians, and Victor got his first violin when he was five years’ old. However, his first recollection of music is much earlier. Already before he was born, Victor’s parents recorded a tape with music for him. He has been listening to it throughout his childhood. In the beginning, Victor played the violin with his father and was later taught by a violin teacher once a month.

Although Victor started playing the violin when he was five years’ old, he was first absorbed by the ballet school. It was only when he did not advance at the ballet school at the age of 11 that he stepped up his violin lessons from once a month to once a week.

While studying at the Music Conservatory in Falun, Victor felt like playing the viola and was playing the violin on the side. But his experiments were not over. Victor was actually quite envious of the cellists who could play the viola da gamba. This ignited his interest in the viola d’amore, and he made it his graduate project at the Royal Academy of Music in Copenhagen to learn to play the instrument. To begin with, he did not have an instrument, but when he started asking around, it appeared that a gentleman in North Zealand had the instrument but did not use it. His mother, who was a violinist, had played it. The gentleman had tried to sell the instrument, in vain, so he gave it to Victor, who showed such a profound interest in it.

Was given a viola d’amore as a gift

Since then, Victor has been playing diligently on his viola d’amore, which was built in Denmark in 1949. Instead of the snail of the violin, the viola d’amore is decorated with the characteristic blind-folded Cupid with tiny hearts scattered around and other convolutions. The viola d’amore has seven strings and seven resonance strings.

The instrument came with a small gadget. It is a twisted wooden gadget with a hole in the middle, which fits the turning pins exactly. As the instrument has so many strings, the pins are close, and it can be difficult to turn them. Usually, Victor puts the gadget into his pocket when he has used it during a concert. When he is going to wear the same jacket, he finds it in his pocket and it reminds him of a great concert experience.

Victor’s girlfriend is in the USA for four semesters. She is also Swedish, and they met each other in Sweden. Now, they keep in touch by phone and by visiting each other for Christmas and Easter. However, a new job with Odense Symphony Orchestra has shifted his attention a little away from his missing his girlfriend.

Debut from the soloist class at the Royal Danish Academy of Music in season 2017-2018 with viola and viola d’amore. Trial position with Odense Symphony Orchestra.

To be spent on lessons with viola players Attar Arad in the USA and Lawrence Power in Switzerland, and viola d’amore studies with Sirrka-Liisa Kaakinen-Pilch in Poland. 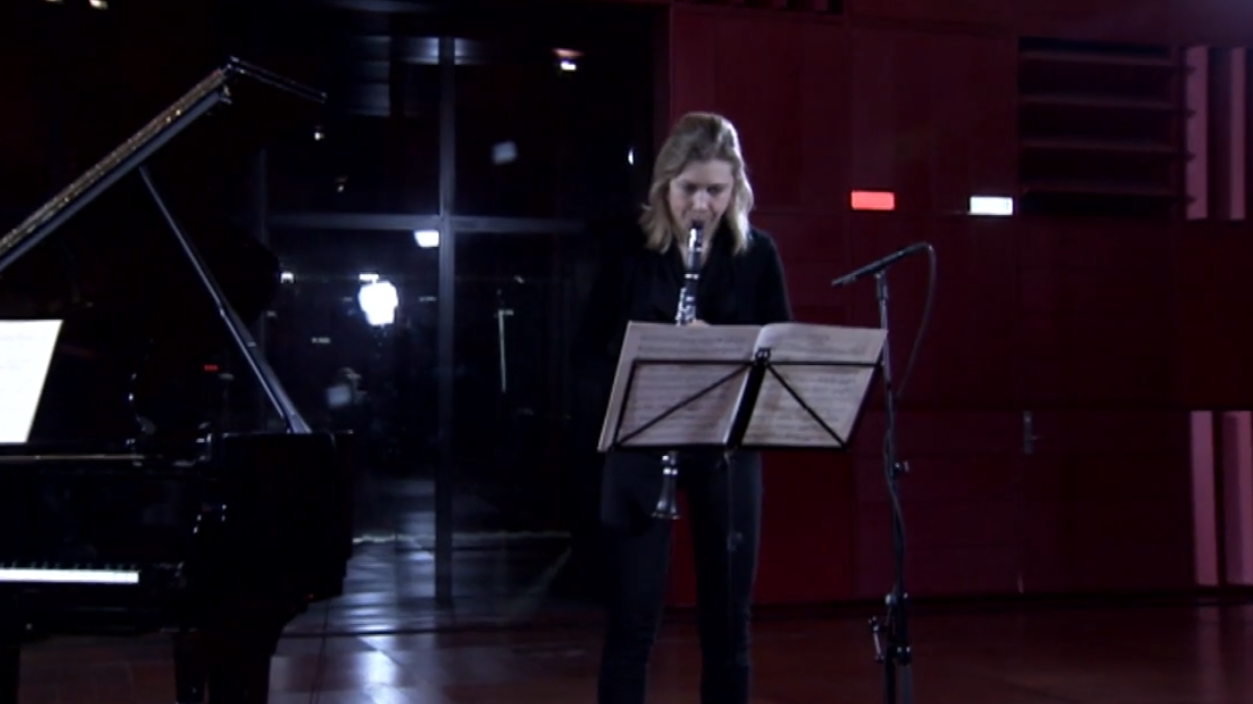 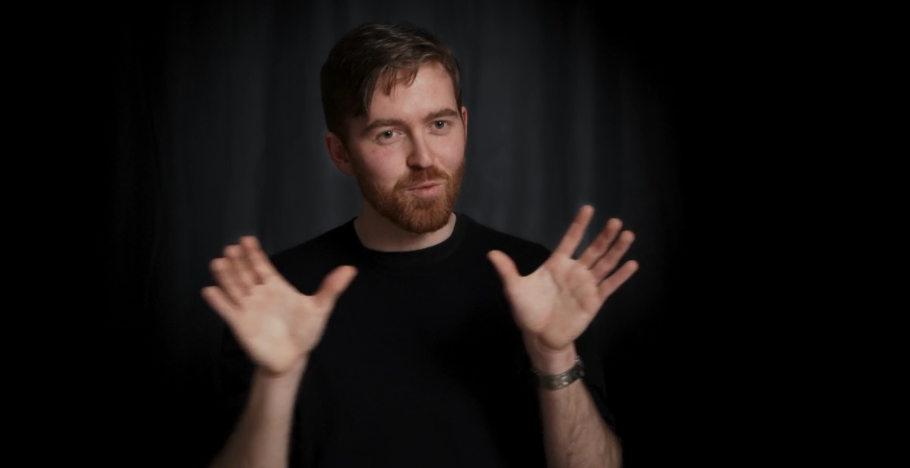 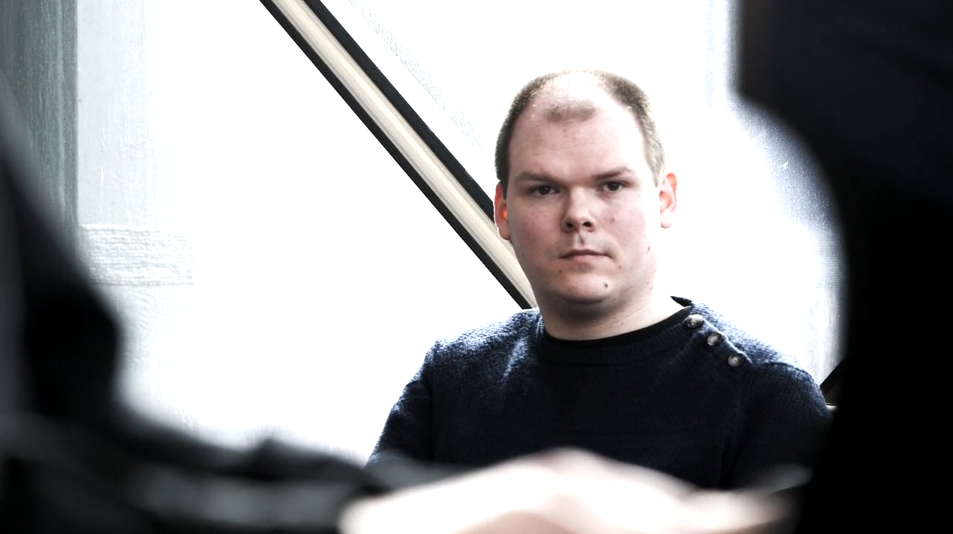 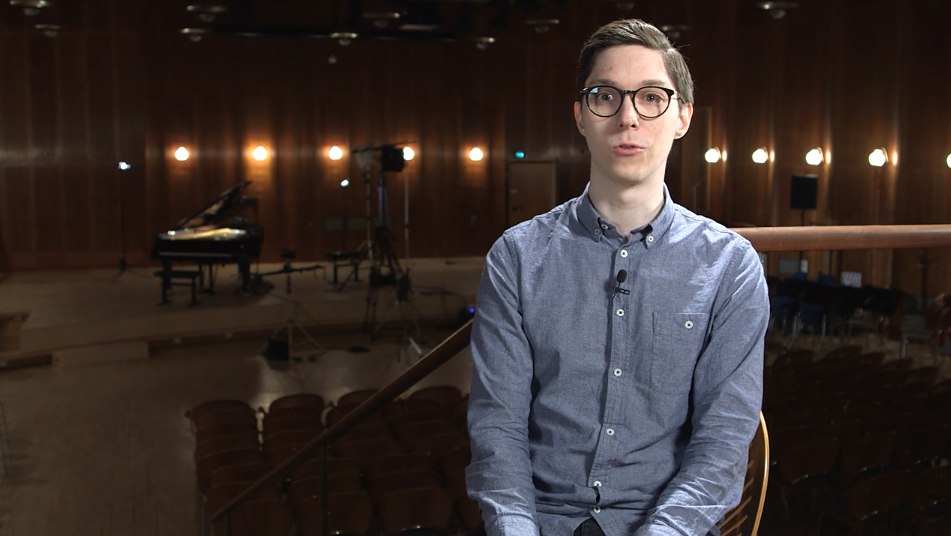 Léonie Sonning Talent Prize 2017 Theis wanted to play the drum, but the trombone made